Nassau is the world’s second most popular cruise destination, just behind Cozumel. However, its port area did not live up to the expectations of the millions of visitors that visit the port each year. To provide those guests with the welcoming environment the Bahamas is known for, the port started a massive redevelopment project in 2019.

Nassau Cruise Port has been completely transformed during the last couple of years at the cost of some $300 million. The project is now in the final phases of completion, with the port announcing the official opening will be at the end of May 2023.

With 3.7 million cruise ship visitors each year, having a welcoming port area is a pretty important part of your image. That’s why Nassau has invested massively in rejuvenating and upgrading its port to a world-class waterfront area.

First revealed in February 2019, after nearly four years of construction, the construction is now almost completed. As reported by Eyewitness News, the port is scheduled to celebrate its grand opening in May 2023, revealed Port Director Mike Maura this week after discussions with the Bahamian Prime Minister Philip Davis.

Mike Maura, Port Director for Nassau, said the following: “We had a meeting with the Prime Minister on Wednesday, and it was agreed that the grand opening would be the last weekend of May.”

At the moment, some three hundred workers are putting the final touches on the Nassau Cruise Port area, which will be able to handle three Oasis-class cruise ships and a total of six cruise ships on the same day. Changes to the docks and guest areas mean that passenger capacity will increase from 20,000 to around 33,000 passengers per day.

“We had expected to be finished long before the last weekend of May 2023, but the pandemic has had its fun with us. Once completed, we will be able to handle comfortably three Oasis ships at the same time and three other vessels for a total of six,” said Maura.

The cost of the work being done has fallen higher than expected. Initially budgeted at $250 million, that number will come in at around $300 million due to the cost of materials and the pandemic. For that price, cruise passengers do get a wholly reformed port area.

The works include repairing and expanding Prince George Wharf, adding a sixth berth, and a new terminal building. The $300 million project will also function as an entertainment destination for locals.

There will be a Junkanoo museum, event & entertainment spaces, a 3,500-person Amphitheatre, a living coral exhibit, stores owned and operated by locals, and new local food and beverage facilities. 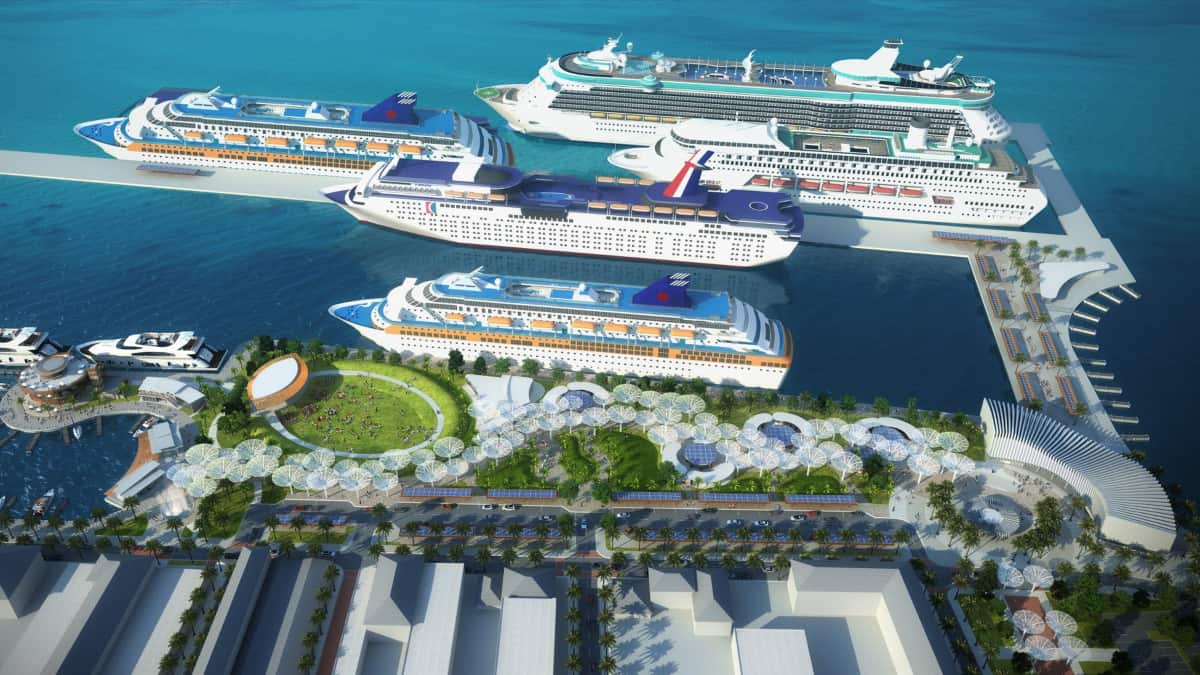