Guests aboard Norwegian Encore had an unexpected itinerary change immediately after setting sail on the current cruise, but fortunately, another port of call was able to be substituted instead. Instead of visiting Great Stirrup Cay, the cruise ship visited Nassau on Monday, December 19, 2022.

Great Stirrup Cay Not Possible Due to Weather

Norwegian Encore set sail from Miami on Sunday, December 18, and guests were notified right away that the next day’s call on Great Stirrup Cay, Norwegian Cruise Line’s private island destination in The Bahamas, would not be possible. Instead, the ship was rescheduled to spend the day in Nassau, the capital of The Bahamas.

The port swap was likely due to weather, as high winds were forecast for the vicinity of Great Stirrup Cay on Monday, December 19. The island is a tender port – requiring the use of small boats to ferry guests from their anchored cruise ship to the dock inside a small harbor.

Depending on the severity and direction of the winds, it can be impossible to hold the small tender boat steady alongside the cruise ship for guests to embark or debark on a narrow, moving gangway.

Furthermore, rough seas during the 10-15 minute ride from the sheltered harbor to and from the cruise ship could be very unsettling to guests susceptible to motion sickness.

During Norwegian Encore‘s scheduled time for Great Stirrup Cay, winds were ranging from 10-15 miles per hour (16-24 kilometers per hour), more than enough to create rough and unsafe conditions, particularly with higher gusts exceeding even those speeds.

Nassau, however, has an extensive dock capable of accommodating even the largest cruise ships with ease, making for a much safer experience when the weather may not be perfect.

Guests Sure to Be Disappointed

Despite the change due to safety reasons, some guests onboard Norwegian Encore are undoubtedly disappointed in the port swap. While both Great Stirrup Cay and Nassau can be fine places to visit, the allure of Great Stirrup Cay is its exclusivity as a private island only available to Norwegian Cruise Line guests.

Nassau, on the other hand, is the capital of The Bahamas and the largest city in the island nation, regularly visited by many cruise lines. This means that regular cruisers may have already visited Nassau numerous times, and the more crowded port can be less relaxing than a private beach.

When added to the 3,998 guests aboard the Breakaway-plus class Norwegian Encore, as many as 20,000 or more cruise guests were visiting Nassau on the same day, creating tremendous crowds for some of the most popular local tours, restaurants, shops, and more.

Norwegian Encore is slated for a day at sea on Tuesday, December 20, and a visit to Puerto Plata in the Dominican Republic on Wednesday, December 21. Another day at sea will follow, before the ship arrives back in Miami on Friday, December 23. No other changes have been announced for the remainder of the 5-night itinerary.

All cruise travelers are accustomed to itinerary changes based on weather and other factors, and while cruise lines do strive to maintain their originally planned schedules, the safety of the ship, guests, and crewmembers is always the first priority.

In April 2023, the ship will reposition to Seattle to offer 7-night sailings to Alaska for the summer season. 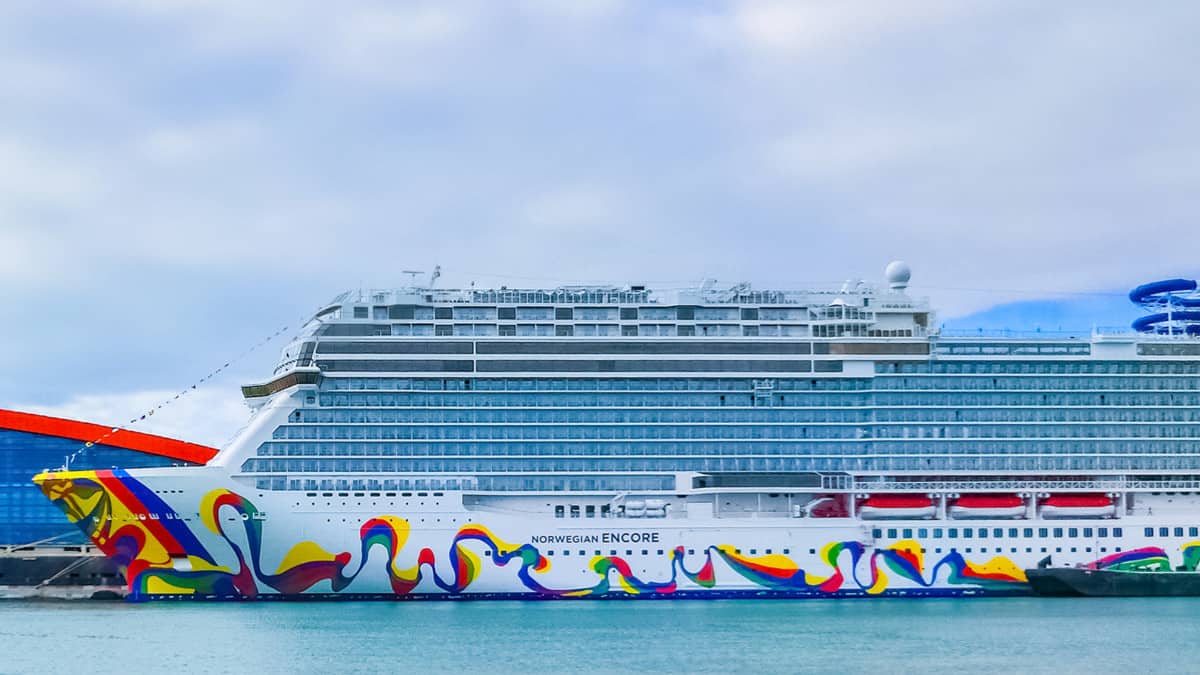