Royal Caribbean International and PortMiami have reached one of the largest ever agreements for the port, with port commissioners approving a lease agreement that will extend for 50 years and net approximately $2.8 billion for the local economy.

According to Florida Politics, the new agreement between Royal Caribbean and PortMiami is one of the largest ever development and lease agreements for the port, with an estimated value to the county of $2.8 billion over the course of the agreement, a term of 50 years.

This equates to net revenues that will average $56 million per year, though revenues will be lower in the initial years as the port development is completed, and will increase in years to come with the increased traffic the cruise line will bring to PortMiami.

A key feature of the new agreement is a brand new, dedicated Terminal G for Royal Caribbean International and its sister cruise brands, including Celebrity Cruises, with a lease to last 36 years.

Another part of the agreement extends Royal Caribbean’s lease of space for the cruise line’s global headquarters, a project that began several years ago but was temporarily halted in May 2020, when Royal Caribbean needed to mitigate financial losses due to the industry-wide shutdown of guest operations.

Prior to the shutdown, the cruise line had already spent $70 million to upgrade its headquarters.

Now, the headquarters lease agreement will be extended through at least 2072, with upfront costs transferred to the county in exchange for favorable commitments from the cruise line to remain based in Miami and increase passenger traffic through the port.

Another part of the agreement also outlines shared space at another terminal, slated for completion in October 2028, which Royal Caribbean will share with MSC Cruises.

The potential positive economic impact from the new agreement is staggering. The agreement is anticipated to generate approximately $2.5 billion from Terminal G usage and $260 million from the headquarters lease, as well as create 12,000 jobs.

Nearly 1,000 of the jobs will be directly with Royal Caribbean to staff the port, an increase of 50% over current staffing levels, ensuring smooth operation when guests are embarking or debarking vessels.

Roughly 9,600 construction jobs will be created for the project, fostering even more local economic opportunities in the Miami-Dade area.

What Royal Caribbean Gives Back

While Miami-Dade will finance the bulk of the remaining project costs, the cruise line is heavily committed to serving the region.

While Terminal G is being reconstructed, Royal Caribbean has committed to a “minimum annual guarantee” from 600,000 to 1.5 million passengers per year, depending on the level of completion of the facility.

With the cruise line’s upcoming new mega-ship, Icon of the Seas, planned to be homeported from Miami when she debuts in 2024, this should be a reasonable goal to not only meet, but to exceed in the years to come.

Icon of the Seas is expected to host as many as 7,600 guests per cruise if fully booked, more than any other cruise ship in the world. Terminal G is expected to be “substantially completed” within five years, by 2027.

After that point, the cruise line guarantees at least 2.1 million passengers annually, which is in addition to the 1.55 million Royal Caribbean passengers that move through PortMiami’s Terminal A each year.

In time, the cruise company will repay much of the development costs, as well as pay for essential security equipment and ongoing upgrades through the years for customs and border patrol operations.

The cruise line will also hook up to shore power while docked at PortMiami, which will substantially reduce environmental impacts, as well as reimburse the county for those shoreside power expenses.

This new agreement is sure to solidify PortMiami’s position as the world’s busiest passenger cruise port, with many amazing opportunities for eager cruise travelers to set sail from the beautiful South Florida port. 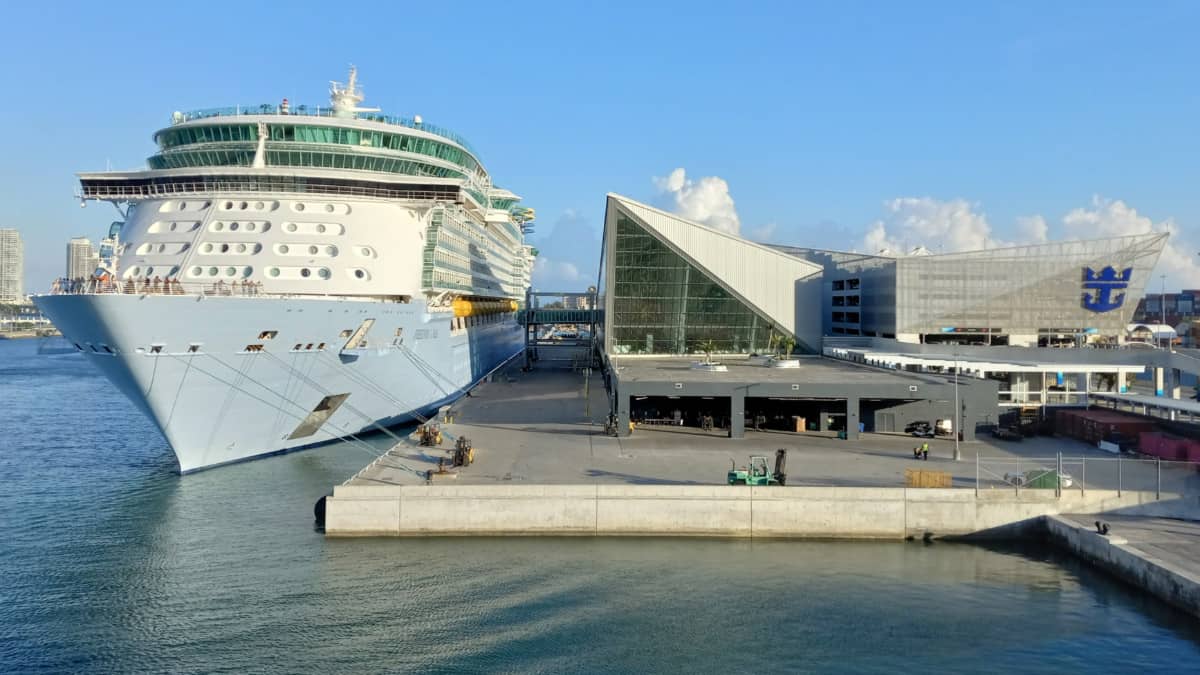